WHAT IF I BECOME PREGNANT AND HAVE FIBROIDS?

What are the effects of fibroids on pregnancy? 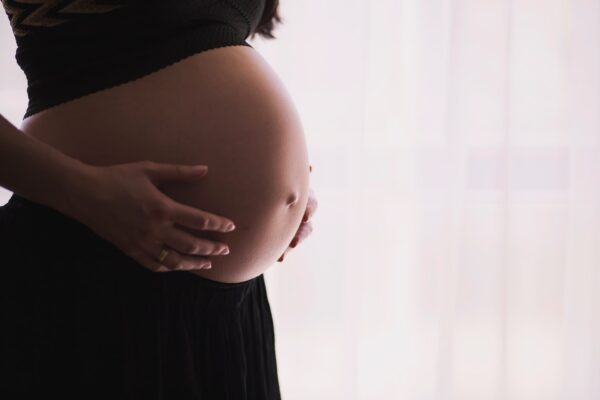 The precise impact of fibroids on fertility and reproductive function is unknown.1 Most women* with fibroids will not experience fertility issues or pregnancy complications due to fibroids. For those who experience complications during pregnancy due to fibroids, pain is the most common in pregnancy.2 This usually occurs in the last two trimesters from fibroids that are larger than 5 centimeters.2 Approximately one third of fibroids may grow larger in size during pregnancy, but the majority of fibroids do not change in size.2

Due to differing results, it is unclear how complications during pregnancy occur for women with fibroids. One review of clinical studies found that 10 to 30 percent of women with fibroids develop complications during pregnancy.Error! Bookmark not defined. Fibroids are associated with increased rates of spontaneous miscarriage, preterm labor, placenta abruption, malpresentation, labor dystocia, cesarean delivery, and postpartum hemorrhage. These complications will depend on whether it’s the early or late stages of pregnancy.

Possible complications during pregnancy include:

How does pregnancy affect fibroids?

In general, fibroids growth patterns vary.3 During pregnancy, studies have shown that fibroids may grow, depending on the size of the fibroids and the trimester. According to a 2020 study,4 small fibroids found in the first trimester are more likely to grow throughout pregnancy compared to larger fibroids. In that study, most large fibroids did not grow during pregnancy. Traditionally, estrogen has been considered the primary growth promoter of fibroids.5 However, research also suggests that progesterone may play an important role in fibroid growth, which is elevated during pregnancy.5,6

WHAT IF I WANT TO BECOME PREGNANT?

Studies have found that fibroids are present in 5-10% of infertile patients and may be the sole cause of infertility in 1-2.4%.7,8,9 Although most women with Uterine Fibroids are able to become pregnant without a problem, some women have difficulty getting and staying pregnant. This depends on the size and location of the fibroids. Fibroids on the inside of the uterus may cause trouble for women trying to become pregnant. Fibroids can also interfere with the sperm’s ability to fertilize an egg or the implantation of the embryo.10 If fibroids are located inside the uterus, that may affect pregnancy as well.10 Fibroids on the outer part of the uterus can also have a mild effect on decreasing fertility but surgically removing them may not improve fertility. In most cases, doctors will advise leaving the fibroids alone and closely monitor your pregnancy.10

Age and reproductive status are factors that affect fibroids.11 As women get older, we tend to have more fibroids and fertility declines. According to one study of ultrasound records of women in Israel, the risk of fibroids were 10 times more likely for age groups 41-50 and 51-60 years old compared to those aged 21-30 years.11 Women with fibroids and their partners should be thoroughly evaluated to find other potential problems with fertility before fibroids are treated. A fertility specialist can help assess if fibroids might be affecting your fertility.12

What are your options if fibroids are interfering with your fertility?

There may be several treatment options, but there’s no one-size-fits-all solution. Your doctor’s recommendations will be based on your symptoms and the location, size and number of fibroids and family goals.10 Myomectomy may be an option for women who want to become pregnant.13

Myomectomy is a surgical procedure to remove fibroids and reconstruct the uterus. Unlike a hysterectomy, which removes your entire uterus, a myomectomy removes only the fibroids and leaves your uterus.

There are three surgical methods depending on the size and location of the fibroids:14

In abdominal myomectomy, an open abdominal incision is made, usually along the bikini line, to access the uterus and remove larger or multiple fibroids. Laparoscopic myomectomy is a minimally invasive procedure to remove fibroids through several small incisions in the abdomen. If the fibroids are located in the wall of the uterus or on its surface, the surgeon might consider removing them by laparoscopy. To treat smaller fibroids that bulge significantly into your uterus (submucosal fibroids), your surgeon may suggest a hysteroscopic myomectomy.15 Your surgeon accesses and removes the fibroids using instruments inserted through your vagina and cervix into your uterus.

After a myomectomy procedure, women who undergo myomectomy report improvement in fibroid symptoms, including decreased heavy menstrual bleeding and pelvic pressure. They also experience improved pregnancy outcomes within about a year of surgery. If you need to surgically remove fibroids, reasons to choose a myomectomy include future plans to bear children, you want to keep your uterus, and your doctor suspects uterine fibroids might be interfering with fertility. This procedure has a low complication rate,14 although there are some risks associated with myomectomy. Discuss the benefits, risks and potential complications of any treatment option with your doctor.

How does having a myomectomy affect your likelihood of conceiving and any future pregnancies?

Myomectomy is the only fibroid treatment that may improve your chances of having a baby. It is known to help with a certain kind of fibroid called a submucosal fibroid. But it does not seem to improve pregnancy chances with any other kind of fibroid.16

After myomectomy, it will take three to six months to heal before you can start trying to get pregnant.17 How many fibroids you had removed plays a role in whether you’ll be able to get pregnant. Some clinical studies18 have shown that women who have had more than six fibroids removed are less likely to conceive than women with fewer fibroids taken out. In some cases, some may need to deliver a baby via a cesarean section but may depend in part on where and how big the myomectomy incision is.19